The « Grand Paris Express » is the future new metro ring network that will cover 200 km of new metro lines within and around Paris. Along these new metro lines, 68 stations designed by some of the most notorious architects will be the center of urban development. The “Fabrique du métro” is the brand new urban lab designed to capture the human and technical adventure that this 35-billion euro project represents. Each area of the visit is designed as a lab to test and experiment the future equipment and materials.

Providing a crossroads between experience, expertise and visionaries, Domolab is a working space for constant innovation created by Saint Gobain. It offers a three-step visitor pathway, each corresponding to crucial stages in the approach to creative innovation. In the form of an interactive and cross-business center, it is a tool for creative and forward-thinking dialogue between companies involved in habitat and the construction industry’s key stakeholders (architects, engineering firms, construction companies, property promoters, etc.). As a working tool, Domolab aims to gain a better understanding of the market’s needs and anticipate trends to generate a permanent innovation dynamic.

The new cinema district operation undertook by VINCI in one of the most iconic territory of the greater Paris and right at the heart of the future Paris 2024 Olympic site (to be confirmed).

Paris La Defense once again demonstrated the dynamism of its property market with office take-up in 2017 of 179,600 sq m and announcements of new real estate projects. As Europe's premier dedicated business district, home to 3.6 million sq m of office space and 180,000 employees, La Défense is the world's fourth most attractive international business destination and the largest in the European Union.

(a) functions’ planning and allocation
(b) catchment area and origin-destination analysis (based on cell phone data)
(c) anomalies in data
(d) trends and predictions.

The webinar is expected to take 45 minutes, followed by a 15-minute Q&A session. 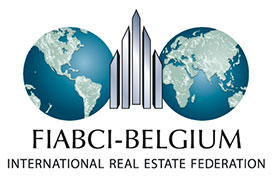 The Second Home Expo offers the most comprehensive offer under one single roof.

A second home to enjoy magnificent holidays in, or to use as an investment – or both.